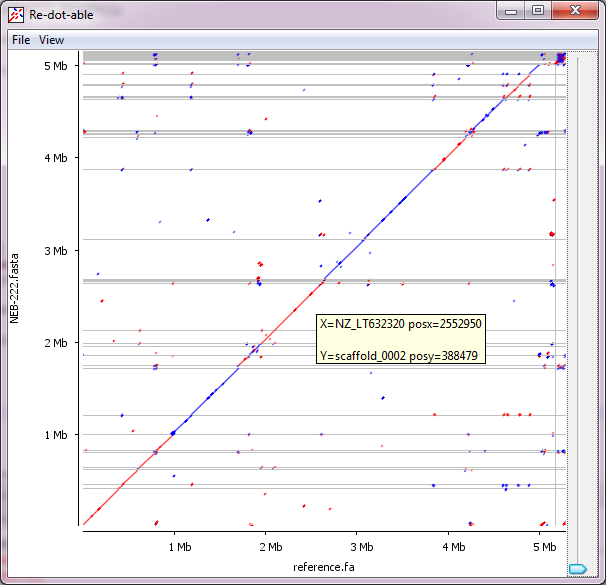 The re-DOT-able program is a pairwise comparison tool which can compare two sets of DNA/RNA sequence, which can be up to several megabases in size. It was originally written to compare bacterial genome assemblies but can be use used for any large sequences, or sequence sets.